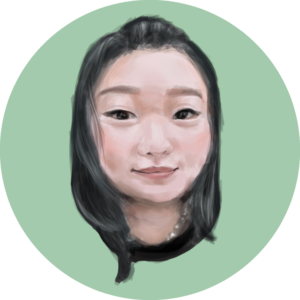 “One who learns a language without learning its culture ends up becoming a fluent fool.”

Hello, I’m Minju! Join me as I dive into the Korean language and explore the culture, history, and current events of Korea and the global Korean diaspora.

I’m Korean with Korean parents, but I’ve probably only spent 10% of my life in Korea.

I grew up in a beachy Southeast Asian country attending international school on weekdays and Korean school on Saturdays, watching recordings of dramas and variety shows on VHS tapes that my mom rented out from the neighborhood store, and eventually got accepted to one of the SKY schools (although I ultimately transferred to a university in Beijing and graduated there).

When you’re an overseas Korean/kyopo and a Third-Culture Kid, you’re pretty much an outsider wherever you go. I always felt culturally different from my peers regardless of whether I was in my “home” country or in a “host” country.

I heard somewhere that “one who learns a language without culture ends up becoming a fluent fool.” And it definitely resonates with my experience.

I’m pretty fluent conversationally and can read and write, listen to the news, and watch movies in Korean, but I definitely have some blind spots because I just wasn’t exposed to it growing up. Like, I can have an hours-long heart-to-heart with a friend, but I really wouldn’t know what to say at a funeral, or know the story behind a four-character idiom. Or perhaps I’m watching a drama and I understand the words literally but don’t get all the references. I love a good historical drama (sageuk), but too often the names of kings and figures just go over my head.

I guess my goal here is to become “fluent” in Korean. Not just in terms of expanding my vocabulary, but also to enrich my understanding of both culture and history by actively learning something new about my heritage every day.

At the same time, I want to recognize and celebrate my international upbringing and the experiences of others who weren’t born and raised in Korea. I have tons of Korean nationalism (minus the pure bloodline bits), but I also embrace the slow but steady multiculturalism happening in the Southern half of the peninsula.

I hope you’ll join me as I dive into the Korean language and explore the culture, history, pop culture, and current events of Korea and the global Korean diaspora.

And if you want to send me a suggestion, ask a question, or hit me with a “민주야 안녕!”, I encourage you to fill out the form below and I’ll try to get back to you as soon as I can!